What it is:
Decongestion charging is a tool used to combat congestion. It is a form of mobility pricing and refers to a range of fees that can be charged for using transportation services. This can include paying a small amount to use a road during more congested times of the day, or paying per kilometre traveled in a car.
More broadly, mobility pricing can also include: charges for car sharing, car insurance, bike sharing, ride sharing, parking fees, fuel taxes, and transit fares.

Learn more about Metro Vancouver's congestion today in this report summary or full report.​
The It’s Time project explored decongestion charges associated with the use of roads and bridges. This included options like fuel taxes, vehicle levies and insurance premiums, charges to use the most congested roads and bridges, and per-kilometre fees.

For roads, decongestion charging works by managing demand for road space. Every road has a limit on its capacity. A road that can carry 1500 cars will work well when 1400 cars are using it. But when that number climbs to 1600, traffic will slow to a crawl. The congestion doesn’t only affect the 200 cars that just joined, it affects the 1400 that were already there, and no one goes anywhere.
​
By establishing a cost for travelling at high-congestion times and/or in high-congestion areas, decongestion pricing works by motivating some people to take alternate modes of transportation, use another route, car pool, or simply avoid travelling during rush hour. The charge is set so that it motivates just the right number of people, in the example above 200 people, to change their travel habits. Those who choose to pay to travel at peak times enjoy faster travel times, and those who choose to do something else can still get to their destination but in a different way. This can actually increase the total number of people who get to where they want to be.
​How could decongestion charging impact people and communities with lower incomes?
Affordability concerns are top of mind for many Metro Vancouverites. The It's Time project team understands that affordability impacts people and different areas of the Metro Vancouver region in unique ways. We are working to hear from a wide range of people through stakeholder workshops and public engagement efforts proactively. Equity will be a key consideration in our conversations about decongestion charging. This could include options like implementing exemptions or discounts.
Will decongestion charging mean Metro Vancouverites pay more? ​
Mobility pricing is already in place in Metro Vancouver and includes things like fuel taxes, transit fares, and the recently removed bridge tolls. A different form of pricing will not necessarily make it more expensive to drive than the ways we already pay. And, improving the system could give drivers more options by reducing traffic congestion especially at peak hours, improving transit service, and ensuring that all road users are treated fairly, no matter where they live or work.
Decongestion Charging Approaches for Metro Vancouver:
Travelling around Metro Vancouver has become a challenge. Congestion on our transit, roads and bridges often causes delays. We all have better things to do with our time.

What if we could combat traffic, not necessarily by paying more, but by paying differently? A small fee in the right place at the right time could encourage just enough drivers to change the way they travel so that everyone can get where they need to go a bit faster.

Many thanks to the following for their support: 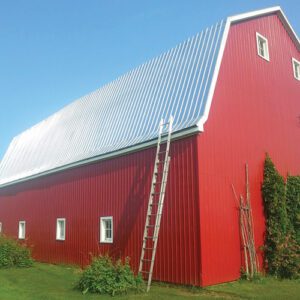